How to Use Diagonal Pliers? 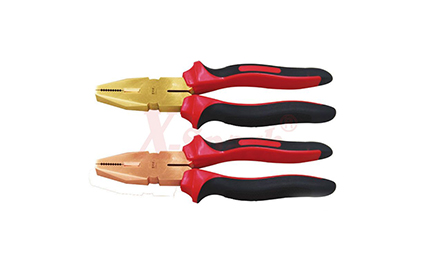 Diagonal cutting pliers are also called flat cutting pliers or bolt cutters. The specifications of diagonal pliers are the same as the needle-nosed pliers. 160mm flat pliers with insulated handles are most commonly used. Some flat pliers add springs between the two grips to reduce hand fatigue and make it more convenient to use. 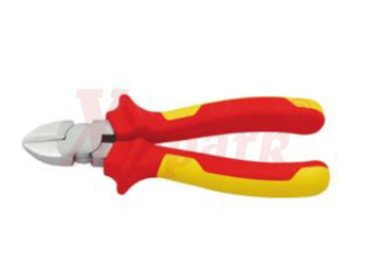 Use of diagonal cutting pliers

The cutting edge of diagonal pliers can be used to cut rubber or plastic insulation for flexible wires. The cutting edge of pliers can also be used to cut wire and wire. When cutting no. 8 galvanized iron wire, the blade should be cut back and forth around the surface a few times, and then the wire should be broken only with a gentle pull. Kushiro can also be used to cut wires, steel wires, and other hard metal wires. Electricians commonly use 150, 175, 200, and 250mm and other specifications. Can be based on the internal or external type of work needs to choose and buy. The jaws of pliers can also be used to tighten or loosen nuts. The correct way to use diagonal pliers is palm down grip and palm up grip. The palm downward grip method is to use the thumb of the right hand and the other four right fingers to hold the grip of the diagonal pliers, let the blade of the diagonal pliers forward, and cut the target with force. The palm-up grip applies the same force as the palm-down grip.

When using diagonal pliers, care should be taken to make the pliers face down to prevent injury caused by the cut thread. In addition, flat jaw pliers can not be used to cut thick steel wire and screws, and other hard objects, in order to prevent damage to its jaws. It is strictly prohibited to cut live wires with flat mouth pliers with a damaged plastic cover to avoid electric shock and ensure personal safety.

Personnel using tools must be familiar with the performance, characteristics, use, storage and repair, and maintenance methods of tools. The use of pliers is right-handed. Turn the jaws of the pliers inward to control the cutting part of the pliers. Put your little finger between the two grips to press against the grips, and open the head of the grips to separate the grips flexibly.

We are a diagonal pliers supplier. Please feel free to contact us if you need them!

Next: Are Spark-Free Tools Absolutely Safe?