Have You Heard Of Claw Hammers?

A claw hammer is a type of hammer. Generally, one end of a claw hammer is round, the other end is flat and bent downward, and the V mouth is opened, the purpose is to lift the nail. The claw hammer uses the principle of leverage and is a labor-saving lever.

Divided by hammer head: There are American and European points.

The principle of leverage:

When using a lever, in order to save effort, you should use a lever with a power arm longer than the resistance arm; if you want to save distance, you should use a lever with a power arm shorter than the resistance arm. Therefore, the use of leverage can save effort and distance. However, if you want to save effort, you must move more distance; if you want to move less, you must work harder. It is impossible to achieve this with less effort and less travel distance. It is from these axioms that on the basis of the "center of gravity" theory, Archimedes discovered the principle of leverage, that is, "the distance between the fulcrum and the weight is inversely proportional to the weight when the dual objects are balanced." 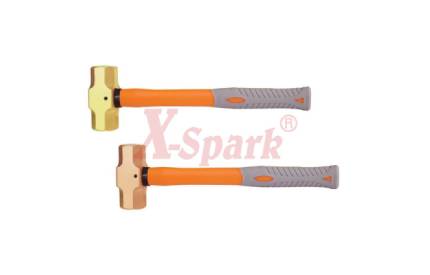 There are also labor-saving levers and labor-intensive levers, both of which have different functions. For example, there is a pump with a foot or a juicer that is pressed by hand, which is a labor-saving lever (force arm> force distance); but we have to push a larger distance, and the force end has only small actions. There is also a laborious lever. For example, a roadside crane, the hook for fishing is at the tip of the whole rod, the fulcrum is the fulcrum, and the oil pressure machine is in the middle (torque> force arm). This is a laborious lever. Distance, the tip hook will move a considerable distance.

Both types of levers are useful, but the place to use is to evaluate whether to save effort or save range of motion. There is another kind of thing called wheel axle, which can also be regarded as a kind of lever application, but the performance may sometimes need to be added to the calculation of rotation.

The ancient Greek scientist Archimedes has a famous saying that has spread throughout the ages: "If you give me a fulcrum, you can pry up the earth" This sentence is not only an inspiring aphorism, but also has a strict scientific basis.

We are adjustable stainless steel wrench supplier. Our company provides high quality claw hammers. If you have any needs for our products, please feel free to contact us.

Next: How Should Non-Sparking Tools Be Maintained?