The History Of The Hammer From Prehistory(1)

The History Of The Hammer From Prehistory(1)

Modern hammers have undergone incredible evolution. From its origin, humans need to strike and smash shells or bones to obtain food. I think an article about the evolution of hammers might be interesting, but I found that hammers are not just a hand tool, they are actually the grandfather of all tools!

A hammer is a tool used to strike other objects or substances, whether it is wood, metal, stone, or anything else. There are many variations, shapes, and sizes of modern hammers. Creating a very versatile tool.

Archaeologists have now discovered that the tool used as a hammer first appeared 3.3 million years ago (149 pieces were found in Lake Turkana in northern Kenya in 2015) when a kind of "hammer stone" was used to make it more brittle Stones (such as flint) are chopped into cutting and killing tools. After they started to perfect their technique, they made and shaped axes, knives, and then more complicated arrows and spearheads. Later, these primitive humans used the molded fragments to make wood carving tools, knock open animal skulls, bones, shells, and even make jewelry.

This early hammer was not much more than an oval stone weighing 300 grams to 1 kilogram, and it formed smoothly on the bottom of a river bed or in the ocean. This stone is used to hit an object, and this object sits on a large flat rock below it as an anvil. If a more complex tip is required, the stone hammer will be replaced by smaller stones, bones, ivory, and antlers, and more sophisticated techniques will be used to complete the new cutting tools.

Then it was around 30,000 BC, an incredible 3.27 million years later. The next stage of hammer evolution begins. The increase of the handle; the stone is tied to a piece of wood or bone, and the head is tied to the handle with leather, rattan, tendon, hair, or similar material. Creating more familiar modern style hammers, similar to those made by Native Americans in the 1800s.

This added content may not seem large, but it allows users to better control the objects they hit and the accuracy of the strike. This means that this new hammer can be used for more complex tasks, and it also means the birth of a more handicraft society. The advent of the handle meant that the hammer evolved to the exponential evolution as we know it today. Having a handle can also reduce accidents when the user uses the tool.

Hammer's next advancement is the advent of the metal and bronze age. It was about 3000 BC, 27000 years after the last major update of the hammer. The hammerheads are forged in bronze, which makes them more durable in terms of binding. The first hammerhead may be molten bronze and stone bundled together and evolved with the beginning of forging and casting processes. In this way, a hole can be drilled in the bronze to receive the handle. With the invention of forgings and casting, other copper and bronze products were also manufactured, including nails. 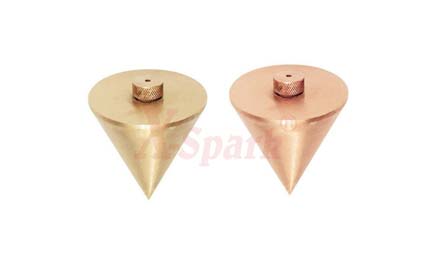 Previous: The History Of The Hammer From Prehistory(2)