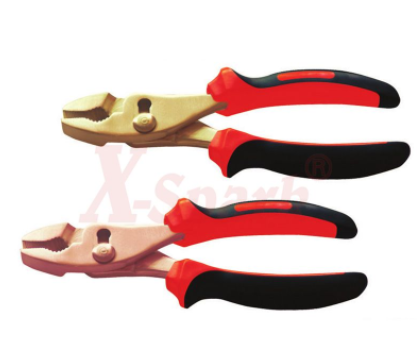 No matter what it is you’re doing, safety always needs to come first. From working in the kitchen to enjoying your hobby to doing home maintenance, you should always consider your safety and that of others whenever you use any kind of tool. This includes pliers. It might not seem that pliers would be particularly hazardous, especially if you compare them with other tools like drills, saws, and power tools, but don’t be deceived:  if you don’t pay attention and take care, pliers can certainly cause harm to you, another person, or the materials you are working with.

The following are the safety measures you should take when using pliers:

ㆍCheck the wire cutting ability of the pliers and all other functions before taking a given application. When choosing the perfect pliers for your application, you must understand all types of pliers.

ㆍUse pliers to cut the wires at right angles.

ㆍSome people often use a hammer on pliers to cut thicker wires. This activity may damage your hands and pliers. Therefore, never use the hammer on the pliers, and do not use the pliers as a hammer.

ㆍIf you want to extend the life of the pliers, take good care of them. You must clean it regularly, and you should also oil it regularly.

You cannot use pliers to tighten the nut.

When we need to cut wires, most of us think of pliers. However, in the electrical industry and other workshops, pliers are the basic requirements of operators.

ㆍPliers are used to pulling wires and objects.

ㆍThey are also used for splicing, bending, and tuning.

ㆍMost of the time, people mainly use pliers to remove insulation from wires.

ㆍDepending on the type of pliers, each plier has its own application. 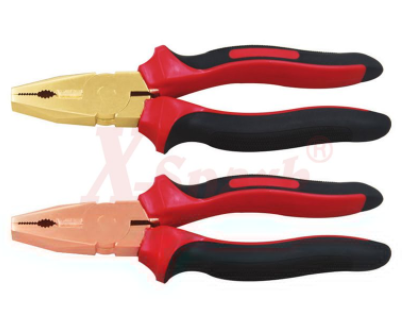 Basic guidelines to use pliers

ㆍAlways protect your eyes! When you are cutting wire, or removing a stripped screw, or doing any other work with pliers, debris can fly into the air and into your face. ㆍㆍㆍWear protective goggles or glasses each and every time.

ㆍOnly use pliers for their intended job. Never use pliers in place of a hammer, shears, or any other tool – they have their own purpose. Using them incorrectly and for the wrong application can damage the pliers and also cause accidents.

ㆍUse the correct pliers for the job at hand. This means using only designated wire cutting pliers for cutting wire; needle-nose or long-nose pliers for tight spaces; and screw extraction pliers for removing damaged or stripped screws.

ㆍNever force pliers. Pliers come in varying levels of capability, and this is why you should have a set of pliers rather than a single pair that you use for every job. Some pliers are specifically intended for light tasks only, while others suit heavy duty use.

ㆍForcing pliers beyond their capability may result in them breaking or springing.

ㆍDon’t expose your pliers to excessive heat. Even the sturdiest pliers are sensitive to very high levels of heat, and they will become damaged, possibly beyond repair, if they are exposed to an open or direct flame or otherwise very high temperatures.

ㆍOnly cut with designated cutting pliers and only at right angles to the wire. Don’t rock the pliers from side to side to affect a cut! This may nick the cutting edge of the pliers and will eventually make them blunt.

ㆍNever ever use pliers – even electrician’s lineman pliers – on live wires. This is not safe under any circumstance. Only a professional and qualified electrician should ever work with live electricals.

ㆍTo keep your pliers in prime condition, add a drop of oil at the joint of the pliers periodically. It will keep them opening and closing smoothly and help prevent rust and corrosion.

What are the safety precautions for using pliers?

ㆍCut at right angles. Do not shake the tool from side to side or bend the wire back and forth on the cutting edge.

ㆍUsing adjustable pliers allows you to firmly grasp the workpiece while maintaining a comfortable grip (ie, the grip is not too wide).

ㆍUse them only if the tools are intact.

ㆍMake sure the toothed jaw is clean and sharp. Greasy or frayed jaws will lead to reduced safety. Such tools also require increased strength to hold the workpiece, which in turn increases the risk of muscle fatigue and repetitive strain.

ㆍUse oil tongs and wire cutters regularly. A drop of oil on the hinge will make these tools easier to use.

ㆍPull up the pliers; do not push yourself away while applying pressure. If the tool accidentally slips and falls, you may lose your balance or touch the equipment or other hard objects with your hands, which may result in injury.

What should I avoid?

ㆍDo not cut hardened wires unless the pliers are specially made for this purpose.

ㆍDo not expose the pliers to excessive heat.

ㆍDo not use pliers as a hammer.

ㆍIt is forbidden to knock wires and bolts with pliers.

ㆍDo not extend the length of the handle for greater leverage. Clamp with larger pliers.

ㆍDo not use pliers to clamp nuts and bolts; use a wrench.

We are a supplier of pliers. If you are interested in our products, please contact us now!

Next: How To Use Non-Sparking Tools